Honestly, Bitcoin (BTC) was as exciting as an investment could get. To put that in perspective, Bitcoin is up over 36,000% since 2008. Unlike the stock market or any equity market in the world, a 1,000% Bitcoin (BTC) rally is not a strange thing to happen. Of course, what goes up must come down and once again, an 80% crash is also child’s play for BTC. However, as millions of new investors and large institutions join the party, Bitcoin’s wild days may be coming to an end.

Macro analyst Jurrien Timmer, an executive at $3.3 trillion investment firm Fidelity believes Bitcoin may be about to slow down.

In a recent Twitter post, Timmer stated that wild price discoveries that Bitcoin (BTC) had during previous bull markets are not likely to happen again. Primarily, this is due to institutional investors adopting the leading cryptocurrency.

“Until recently, Bitcoin would often overshoot its intrinsic value to the upside during bull markets and to the downside during bear markets. It was a momentum game with little to no resistance, until the trend reached exhaustion.”

Instead, Bitcoin is now acting in accordance with a demand curve that takes influence from network growth or increasing number of users.

“Is the efficient market hypothesis replacing the go-go price discovery of yesteryear? The chart [below] shows Bitcoin’s fundamentals. The supply curve is dictated by the S2F model (stock-to-flow), and the demand curve is driven by network growth (Metcalfe’s Law)…

In recent months the price of Bitcoin has stopped tracking the S2F model and has instead hugged the pink line (demand model). That makes sense to me.”

With that in mind, this demand model will stabilize BTC and pivot Bitcoin toward becoming an efficient two-way market. What does that mean? Much like the stock market, investors will accumulate Bitcoin during the lows (price corrections). Then, gradually unload their asset during rallies.

“As Bitcoin’s value becomes better understood by more and more investors, there could be more efficient accumulation when Bitcoin swoons, and more determined distribution when it moons. That’s what makes a two-way market.”

On the other hand, big investors flocking to Bitcoin (BTC) could also affect the future price action.

“Remember, price is what you pay, but value is what you get. In the early days, most investors only knew the price. But as investors better understand valuation, Bitcoin is less likely to resemble the early boom-bust days and could start behaving like a traditional risk asset.”

HiExchange is a decentralized online platform to exchange your cryptocurrencies and e-currencies. We utilize an automated system to determine the best exchange rates at any moment. Furthermore, HiExchange does not require KYC or a sign-up process. Also, the platform offers 24/7 customer support.

To learn how to exchange your cryptocurrencies to PayPal you can read our instructional article.

For more instructional content, you can always visit HiExchange Blog 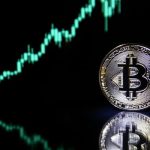 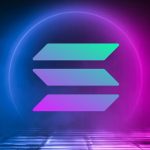